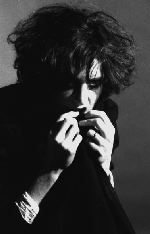 "Although they range from satire to Gothic to noir, the collection of short films by Mark G. E. share a similar atmosphere; equally stark apartments, basements, hotel rooms and office buildings. They also demonstrate a predilection for German expressionism and surrealism using the stiltedness of silent films, the Rorschach quality of Guy Maddin and a self-proclaimed fondness for late illustrator Edward Gorey. While narratively minimalist, rarely linear and various in themes the films tend to be achingly composed. The 50 eight-second tableaux of "The Unfortunate Gift" have a daguerrotype quality of Wisconsin Death Trip, whose filming Mark G. E. chronicalled in Midwestern Gothic. "Visual Catalog" is a haunting portrait of neurological bedlam."

"Mysterious, intriguing, slightly off-kilter. Mark is a mature and skilled director. The composition of his shots are beautifully sculpted. His video work is just as rich-toned as film and possess a quality of depth." 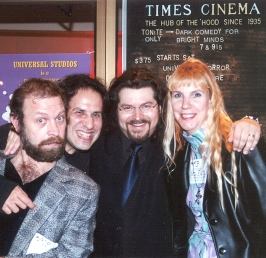 A Visual Catalog of Movement Disorders

~ A Study in Movement and Madness ~

~ A Homage to the Late Edward Gorey ~

~ with the late Graham Chapman of Monty Python ~

~ A Severed Limb continues to Kill ~

~ A Study in The Roles we Play in a Family ~

~ Existential Tale of Being Lost ~

~ Deathrow inmate gets to cook his own last meal ~

~ Man is out to find who is destroying his mail ~

Sponsored in Part by